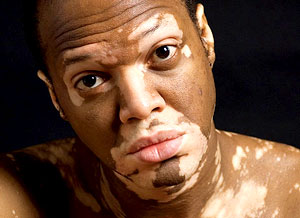 Dealing with Vitiligo can become extremely difficult since the effects of it can be evidently seen on one’s body. Living in a world where beauty & looks are only limited to the superficial levels of a person, patients dealing with Vitiligo often feel left out & humiliated in public gatherings. Normal people tend to turn their backs from such people either in fear of getting infected themselves or because it does not meet their ‘criteria’. This brings a great deal of suffering and depression to life of a patient with vitiligo who is already fighting with the disease on a daily basis.

In certain parts of the world where lack of awareness and education is dominant, girls with Vitiligo are exposed to the chances of never getting married in their life or facing extreme marital problems if the onset of the disease occurs after marriage. The psychological impacts of depression & disparity may lead to suicide in some patients.

So, how can people cope with the emotional and psychological aspects of vitiligo?

First and foremost, one should find a knowledgeable doctor who identifies the disease and takes immediate measures to control and cure it. The doctor should also be capable of counseling his patients and teaching him how to cope up with the situation.

If possible, merely camouflaging the discolored area with cosmetics can make a patient feel better about him. The doctor should be capable to provide such solutions; which is why going to the right person is a vital key to cope up emotionally with vitiligo.

One should attend support and therapy groups for Vitiligo in order to get to know people dealing with similar situations. Listening to others stories can spark confidence in oneself while sharing your own can help one lighten the emotional burden from their shoulders.

Patients should surround themselves with people who love them for who they are rather than those who judge them by ‘how they look’. Superficial beauty can only last for a mere passage of time and withers away sooner than one expects. The best way is to not let Vitiligo bring out the negativity from within you but it should rather turn you into a humble person who has the capability to see inner beauty in everyone.

Vitiligo patients should continue with their normal lives and not isolate themselves from the public with the fear of being judged or scrutinized. Your own confidence should shine through you and the remarks of others should not be taken to the heart.

Lee Thomas is an Emmy Award winning anchor and entertainment reporter from WJBK Fox 2 News in Michigan who is also a patient of Vitiligo. He first saw white patches appearing on his scalp and tried to hide them as much as he could with the fear of what people will think if they knew that a black man was turning white.

“And not only did I wonder if I saw a monster, I wondered did other people see a monster when they saw me, especially when kids cry when they see your face,” Thomas said in an interview on the ABC news program 20/20. Thomas went on to say that people would not shake his hand, and if they did, they would sneak away to wipe their hands as soon as they could.

But such reactions did not stop Lee from continuing what he desired. He wrote a book called ‘Turning White’. He proudly announced, ‘’I’m a black man turning white on television’, while talking to Brisbane Times in 2007. He has appeared on multiple TV shows and inspired many patients throughout the globe. Another proud example is Michael Jackson who suffered from the same.

Even though vitiligo completely alters one’s’ way of life but it does not cause any physical dependency or disability. It is a mere skin condition that requires extreme care. Fighting a continuous battle to ‘fit in’ with the society can become very exhausting which is why unshakeable self-confidence, passion and determination play the most important role in dealing with vitiligo. Surround yourself with people who make you feel special or simply, turn around your battle against this disease into an inspiration for million others like Thomas Lee! The key is to never give up or give in.