Medical research has proved that there is a strong relationship between Vitiligo and stress. According to Dr. Esther Sternberg, MD, Director of the Integrative Neural Immune Program at the National Institutes of Health, chronic stress can lead to increased inflammation and exacerbation of autoimmune disease. Inflammation, which normally is used by the body to fight foreign invaders, can become chronic due to ongoing and high levels of stress and actually damage the body’s healthy tissues.

Glucocorticoids, or stress hormones as they are popularly known, are a type of steroid hormone produced by the body’s adrenal glands to inhibit inflammation, but they can’t always do their job when stress is involved. The delicate interplay between the nervous, endocrine/ hormonal/ adrenal, and immune systems is critical to the proper functioning of the immune system. 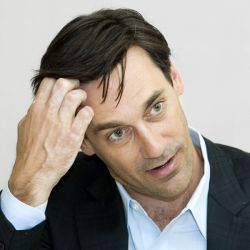 Stress is undoubtedly a part of having vitiligo. First of all, just having a chronic illness creates stress. Chronic illness changes one’s life and adds countless burdens, including the struggle to find and maintain support, to create and sustain a good doctor-patient relationship, to deal with symptoms and learn to manage one’s disease on a day-to-day basis, and to cope with reactions from friends, family and/or colleagues who don’t always understand.

Additional stressors come with having vitiligo. The recurring cycle of stress and its impact throughout the lives of vitiligo patients have been cited in many studies. One of the most recent studies, by Noh et al in 2013, involved 60 patients with vitiligo and an equal number of normal controls. Investigators found a significantly higher level of general anxiety, private body consciousness, and diminished quality of life in vitiligo patients compared to healthy controls. Documentation of the negative impact on social encounters and sexual relationships, as well as an increased incidence of emotional disturbances such as embarrassment, anger, worry or frustration has frequently been cited in vitiligo patients.

What stressful events can impact Vitiligo?

Stressful events cited in these studies included loss of loved ones by death or separation; death or other loss of a close friend; relocation leading to loss of friends, a job and/or familiar surroundings; accidents and injuries; marital or financial problems; “personal” problems; physical illnesses, and changes in eating or sleeping habits.

It’s interesting to note that sometimes an event that is generally seen as positive can still bring major stress into someone’s life. Examples include moving into a new home, enduring home renovations, relocating to a new city, starting a new job or school, or having a baby. Excessive exercise also has been shown to produce stress with negative effects on the body and immune system.

Study of relationship between Vitiligo and Stress

Stress contributed to the onset of vitiligo in 61.4% of post-pubescent patients in a 2012 French study. The percentage was lower for those diagnosed before puberty with vitiligo, but still surprisingly high at 39%.

A 2008 report from Belgrade University in Serbia pointed out that not only did up to 80% of patients with autoimmune disease report major emotional stress before their disease onset, but their disease then created significant stress in their lives, leading to a vicious cycle of stress-disease-stress-disease.

More than 65% of vitiligo and alopecia areata patients experienced stressful events prior to diagnosis according to a study in Bucharest, Romania published in 2007. Thirty-two vitiligo patients were included in the study.

A 2006 publication on a study headed by King’s College, London found that a stressful event preceded the diagnosis of vitiligo in 54% of vitiligo patients out of a total of 87. Participants were asked to cite whether they thought that a stressful event caused their disease and to describe that event and the timing of symptoms and disease diagnosis. Results were statistically significant and consistent with earlier studies; however, this particular study did not find that stress made the disease worse.

A 2013 review article in World Journal of Dermatology summarized several studies reporting that up to 65% of vitiligo patients cited stressful events before the development of their disease.