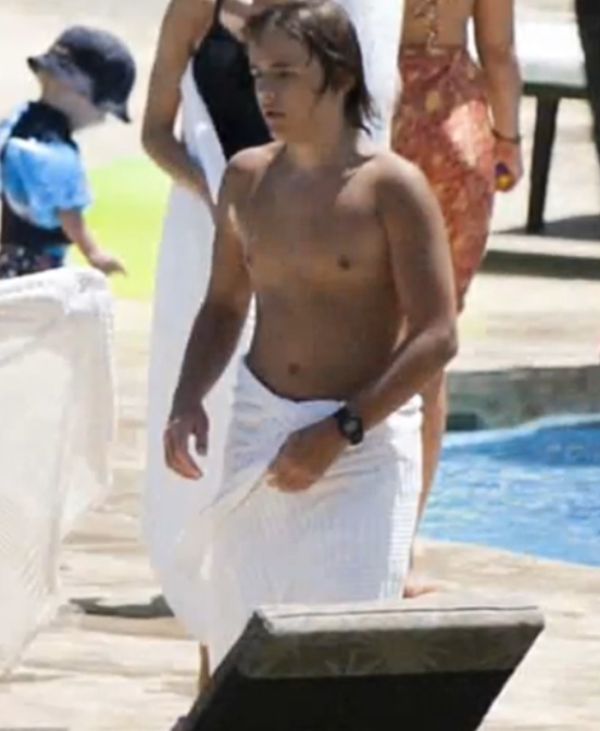 Prince Jackson is suffering from Vitiligo, according to a new tabloid report. That’s the same skin disease that famously plagued his famous father, the late Pop icon Michael Jackson.

The eldest son of the late King of Pop was allegedly photographed with white patches on his arms. Those distinctive markings “appear to be Vitiligo, which can run in families,” said dermatologist Dr. Jerome Litt, also an author of Your Skin From A to Z.

“There’s no way to tell how much pigment a person will lose, but it can spread over the entire body,” said the physician, who has not treated either Jackson.

The legendary singer first announced he was suffering from the skin disease, which causes a loss of color that results in white patches, in a 1993 interview.

In 2010, in the aftermath of his death, the Michael Jackson autopsy findings confirmed that he had Vitiligo with noticeable “patches of light and dark pigmented areas.”

As far as how the 17-year-old is handling the situation? Says an insider, “the blotches on his skin were clearly visible, but he seems to be coping with it.”

Although reps for the Jackson family won’t comment, La Toya Jackson said a couple of years ago that “Vitiligo is on my father’s side and Prince has it, too.”

This would imply that Michael is indeed the biological father of Prince, whose mother is Debbie Rowe, which in itself would dispel another MJ rumor.

Dr. Arnold Klein, among others, has been long-rumored as a potential biological father of Prince and Paris Jackson, while Blanket’s mother is unknown as well.