According to a recent study, researches in UK and US have found that black pepper can control Vitiligo spread in many patients suffering from this skin disease.

Botanically called Piper nigrum (uziza in Ibo), black pepper is of plant family Piperaceae. It is found that black pepper and its constituents like hot pepper, exhibit anti-inflammatory, antioxidant and anticancer activities.

Cyclooxygenase (COX) is an enzyme that is responsible for the formation of prostanoids, which are each involved in the inflammatory response. COX is implicated in the production of fever, inflammation, and pain.

Lipid peroxidation or oxidation of lipids is a crucial step in the pathogenesis of several disease states in adult and infant patients.

Nuclear factor kappa B (NF-KB) is an ubiquitous rapid response transcription factor in cells involved in imune and inflammatory reactions.

How Black Pepper can treat Vitiligo? 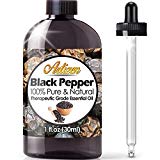 Piperine is the substance in black pepper that gives it its heat and many studies have been performed on the role of this compound. Black pepper may or may not cure vitiligo but it can be helpful in containing the disease.

Overall, these results suggest that black pepper and its constituents like hot pepper, exhibit anti-inflammatory, antioxidant and anticancer activities.

The British researchers found that a crude chloroform extract of black pepper containing piperine was more stimulatory than an equivalent concentration of the pure compound, suggesting the presence of other active components.

The researchers believe that piperine stimulates the production of the skin’s pigment cells, called melanocytes.

Black pepper is a dietary source of vitamin C, vitamin K and manganese. The spiciness of black pepper is due to its piperine content. 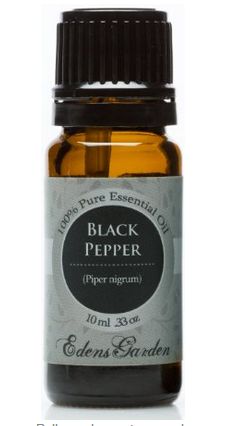 Piperine has been shown to significantly increase the bioavailability of selenium and beta-carotene, among other nutrients.

Black pepper and piperine have been shown to inhibit the development of carcinogen-induced colon and lung cancers in laboratory animals.

According to dermatologists, vitiligo occurs when melanocytes, the cells responsible for skin pigmentation, die or are unable to function. The cause of vitiligo is unknown, but research suggests that it may arise from autoimmune, genetic, oxidative stress, neural, or viral causes.

The incidence worldwide is less than one per cent. The most common form is non-segmental vitiligo, which tends to appear in symmetric patches, sometimes over large areas of the body.

Current vitiligo treatments include corticosteroids applied to the skin, and phototherapy using UV radiation (UVR) to re-pigment the skin.

However, less than a quarter of patients respond successfully to corticosteroids. And UVR causes a re-pigmentation that is spotted and patchy and in the long-term could lead to a higher risk of skin cancer.

This research is indeed a breath of fresh air for vitiligo patients and if it is proved that black pepper can actually cure or reduce the effects of vitiligo, it will be a groundbreaking achievement against this disease.